CHAT WITH A COACH! 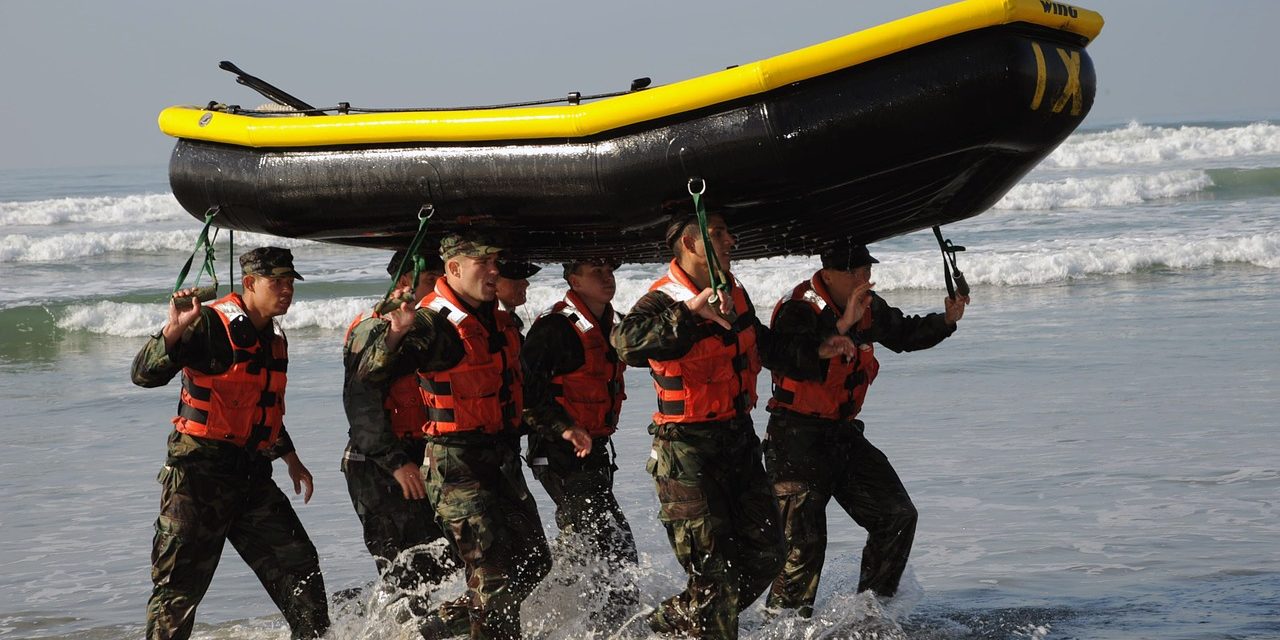 This article is about using NLP to control stress reactions, and I’m going to use a new research from one of the toughest military training as an example of what’s possible.

The U.S. Navy SEALs have the reputation of being the best commandos ever created. A Navy SEAL is someone who has survived the most challenging military training in the world.

SEAL stands for Sea, Air, and Land fighting, and these guys do it all, from swimming underwater to jumping out of airplanes. Those who pass the training demonstrate an almost superhuman ability to keep functioning in very stressful situations. In other words, they can keep functioning effectively when a normal person would be totally controlled by their primitive fight, flight or freeze reactions. Like where things are blowing up and people are shooting at you. What has this to do with NLP? Let me give you some background and then I’ll tell you how NLP can be super-useful here. But first I have to tell you about a problem the Navy had. You see, the selection process for SEAL candidates the training was tough. But even when they had a batch of super qualified prospects, they were losing over 75% of them during the first weeks of training. This is a very expensive situation. Navy psychologists looked at the failures and found something interesting.

The prospects who failed didn’t lack physical ability. Even though the training ordeals were extreme the candidates were able to do the job. Nope, it wasn’t muscles – it was mental. And that’s interesting because the average SEAL I.Q. is way above the military norm and many of them have graduate degrees. The ones who “washed out” didn’t control their instinctive reactions to stress. They simply froze or folded when the challenges got too demanding. Mental toughness. That’s what the Navy decided to research, so they could keep more of these well-qualified candidates. Learning how to use their “software” to control their bodies’ “hardware”. Clearly, intelligent people get scared too. Maybe it’s even a mark of  thoughtful people, but fortunately smart people can learn more self-management also. The SEAL Command Psychologist, Commander Eric Potterat, listed four key mental techniques that are now being taught to SEAL candidates. He found that these mental techniques can be taught to any willing person and they would increase an individual’s performance under stress levels where most of us would just shut down. The “mental toughness” program was so effective that it increased the Navy SEAL pass rate by over one third. These skills are now being taught to college students facing exams, fighter pilots, and key executives in fortune 500 companies.

1) Goal-setting. I don’t mean “what are you going to do with your life”. I mean, “How are you going to get through the next half hour”? Turns out that this kind of close-focused goal-setting is a key to peak performance anywhere. It doesn’t matter whether a person is on a stage, in an athletic competition, or in the middle of a fire-fight. It is simple, and proven. One major way to combat stress is to NARROW YOUR FOCUS to the immediate future. NLP skills can really enrich this technique. Just focus on what the next phase of your work will need from you – maybe just the next few minutes –  and zoom in on that.

2) Mental rehearsal, or Visualization. How often do you imagine success doing something you may be anxious about? Take a moment now, and give this a try. See what it will be like when you do that thing successfully and easily. Notice how your body feels and what you hear and smell. Do this over and over again and you are providing your brain with extra experience of success. Does this sound like an elemental NLP process? You bet. Besides increasing the SEAL graduation rate, one report I read said this simple technique raised nervous college test-takers’ GRE scores by over 150 points.

3) Take Charge of Your Self Talk. We are constantly talking to ourselves, at a rate that is many times the speed of normal speech. So when you notice something negative say “Stop!” or “Cancel!” and then create your own “cheering section” to be your encouraging chorus. Have them (or your own voice, whatever works) say “You can do it” – “This is easy!” “Forget that glitch – focus on the next one!” Again, this is something we focus on in our NLP training. Now you get to use it in life.

4) Arousal Control. This skill is used to calm the physical symptoms of a panic response. You know, the sinking feeling in the pit of your stomach, sudden cold sweats or hot spells. You control this response with deliberate breathing.You know your primitive brain will trigger reactions that might be useful for escaping a hungry bear, but not so useful when you’re trying to talk with your boss, negotiate through traffic, or working through a family debate. So, INHALE DEEPLY (for a count of six), hold it for a count of two, then exhale for a count of six, emptying your lungs. Do this three times.

Practice this anytime during the day. It will become your instant stress control and will lower your blood pressure and flood your brain with oxygen, increasing your ability to think and react thoughtfully.

Give this “Big Four” skills a try – and you may find that you’re becoming more resilient and more of a “fearless warrior” in your personal life.

The 5 Most Important Questions To Ask When Choosing a Coach
June 19, 2017